This apparently shocks some people [1]:

Fifty-two Jewish subjects and 60 non-Jewish subjects were presented with a disguised ethnic identification task. Sixty systematically grouped portraits were used. Religion sortings were administered among sortings by intelligence, age and likability. Subjects were also questioned concerning the cues they used. Jewish pictures were comparatively accurately identified by all subjects, and tended to be more accurately identified by Jewish subjects than by non-Jews. Pictures classified as Jewish also tended to be sorted as bright, especially by Jewish subjects. There was less evidence of ethnocentricity in other sortings, apparently in part because of relatively stereotyped classifications by brightness and liability. These tow evaluative dimensions were also highly correlated. Jewish pictures tended to be judged through the use of physiognomic cues, whereas Catholicism was frequently inferred from other categories (nationality); Protestantism tended to be a residual category.

The level of accuracy achieved by the classifiers in this study, using only small photographs, suggests a lower boundary that can only be improved upon by anyone with above-average perceptiveness interacting with actual people.

I actually agree with the commenter at Dienekes' that the fraction of (Ashkenazi) American Jews with blatant, stereotypically-Jewish features is around 1/2. But I strongly disagree with the implicit claim that the other half are visually indistinguishable as Jews.

The four most frequently cited sets of cues were dark hair, an oversized nose, general "Jewish" facial characteristics, and similarity in appearance of the depicted persons to Jews in the subjects' acquaintance. Non-Jewish subjects seemed more prone than Jewish subjects to refer to specific features (hair color being the most salient example), whereas Jews seemed more inclined to cite global characteristics. [A superscript for the following footnote appears here: "Rommetveit concludes from a series of studies of social perception that "intuitive" global judgments (as opposed to those based on specific traits) are characteristic of accurate social perceivers. (See Ragnar Rommetveit, Selectivity, Intuition and Halo Effects in Social Perception, Oslo, Norway: Oslo University Press, 1960.)] Dark complexion constitutes an exception to this rule, since it was cited by proportionately more of the Jewish subjects.

Those who hilariously cite such blond Jews as Barbra Streisand and Gene Wilder as proof "Jews are white" should see the second point I've emphasized in the above text (on global judgments vs. specific traits). Two more of RM's "Northern European" Jews, pre-dye and nose jobs: 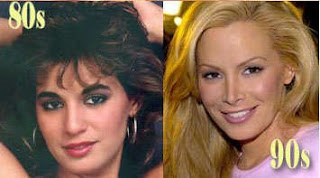 Lisa Kudrow ("I had a hook nose, and now it's certainly smaller"): 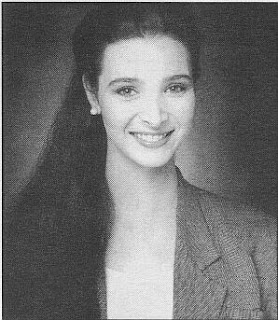 Incidentally, with data of the sort presumably to be generated by the "Jewish HapMap Project", it ought to be easy enough to quantify European admixture in Ashkenazi Jews. It may even be possible to directly test the proposition that AJs were selected for lighter pigmentation while remaining predominantly non-European in ancestry.

In essence, we jews are not white. Some of us became white. Jews with light hair, light eyes and white skin are result o miscigenation!!!

Here is some info on Jewish facial types as compiled by Galton and a Jewish scholar named Joseph Jacobs - http://books.google.com/books?id=UeiMt7Yzb1MC&pg=PA100&lpg=PA100&dq=Francis+Galton+jewish+boys&source=bl&ots=Hj6o5LrTjj&sig=R4e5tBliXpezKQhnX2hgG1YGwjg&hl=en&ei=S-QBSo7oBpbisgOluOz8BQ&sa=X&oi=book_result&ct=result&resnum=1#v=onepage&q=Francis%20Galton%20jewish%20boys&f=false

A good jew is a dead jew.

Anyone who can say that kind of crap as the above two commentators are most definitely evil and, are hate mongers and not good humans. You should be ashamed of yourselves!

Wow you can still comment!
On the subject of 'Are Jews white?'I think it is similar to the question of 'Is Judaism a religion or an ethnicity?'
It depends on the argument and what is the most advantaged position, but recently there has been a lot of discussion about Jewish genetics, the Cohen world wide genetic similarity.
As far as Jews being white I like to link to a vid with Mike Wallace(who is Jewish) talking to Morgan Freeman about Black History Month. Morgan Freeman objects to this and asks "How would you like a White History Month? Mike Wallace stutters and says, "But I'm Jewish"
End of story.

Jews are semitic who resemble georgians and armenians, i ''know''.

http://deqebat.com/how-the-jews-weaponized-blacks. This is who the jews are . The mkst murderous people of all time . The synagouge of satan .

I think that the Jewish face is beautiful and quite striking.