ABSTRACT: BACKGROUND: During the most recent decade many Bayesian statistical models and software for answering questions related to the genetic structure underlying population samples have appeared in the scientific literature. Most of these methods utilize molecular markers for the inferences, while some are also capable of handling DNA sequence data. In a number of earlier works, we have introduced an array of statistical methods for population genetic inference that are implemented in the software BAPS. However, the complexity of biological problems related to genetic structure analysis keeps increasing such that in many cases the current methods may provide either inappropriate or insufficient solutions. RESULTS: We discuss the necessity of enhancing the statistical approaches to face the challenges posed by the ever-increasing amounts of molecular data generated by scientists over a wide range of research areas and introduce an array of new statistical tools implemented in the most recent version of BAPS. With these methods it is possible, e.g., to fit genetic mixture models using user-specified numbers of clusters and to estimate levels of admixture under a genetic linkage model. Also, alleles representing a different ancestry compared to the average observed genomic positions can be tracked for the sampled individuals, and a priori specified hypotheses about genetic population structure can be directly compared using Bayes' theorem. In general, we have improved further the computational characteristics of the algorithms behind the methods implemented in BAPS facilitating the analyses of large and complex datasets. In particular, analysis of a single dataset can now be spread over multiple computers using a script interface to the software. CONCLUSIONS: The Bayesian modelling methods introduced in this article represent an array of enhanced tools for learning the genetic structure of populations. Their implementations in the BAPS software are designed to meet the increasing need for analyzing large-scale population genetics data. The software is freely downloadable for Windows, Linux and Mac OS X systems at http://web.abo.fi/fak/mnf//mate/jc/software/baps.html.

Sex, race, and selection for height

A few papers relating to a conversation I'm not particularly interested in. For the record, in the West:


Height was weakly but significantly related to reproductive success [among women]. The relationship was U-shaped, with deficits at the extremes of height. This pattern was largely due to poor health among extremely tall and extremely short women. However, the maximum reproductive success was found below the mean height for women. Thus, selection appears to be sexually disruptive in this population, favouring tall men and short women. Over evolutionary time, such a situation tends to maintain sexual dimorphism. Men do not use stature as a positive mate-choice criterion as women do. It is argued that there is good evolutionary reason for this, because men are orientated towards cues of fertility, and female height, being positively related to age of sexual maturity, is not such a cue. [Women's height, reproductive success and the evolution of sexual dimorphism in modern humans]


In Western societies, height is positively correlated with reproductive success (RS) for men but negatively correlated with RS for women. These relationships have been attributed to sexual selection: women prefer tall men, and men prefer short women. It is this success in the marriage market which leads to higher RS for tall men and short women. We have already shown that the relationship between height and RS for women is quite different in a non-Western context. In a subsistence farming community in rural Gambia, height is positively correlated with reproductive success for women, largely owing to the higher survival of the children of tall women. Here, the relationship between height and reproductive success is analyzed for men in the same community. For these Gambian men, there is no significant relationship between height and the number of children they produce, although tall men do contract more marriages than shorter men. We conclude that environmental context needs to be taken into account when analyzing human reproductive behavior. [Height and reproductive success: How a Gambian population compares with the west] 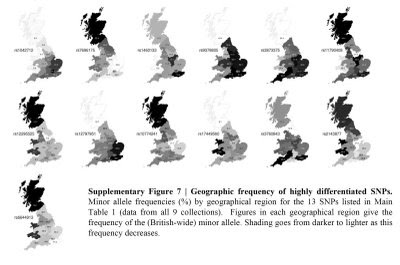 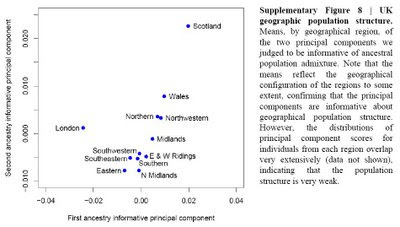 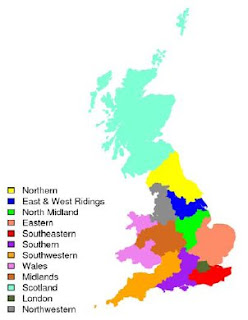 
The quality of a man’s sperm depends on how intelligent he is, and vice versa

THERE are few better ways of upsetting a certain sort of politically correct person than to suggest that intelligence (or, rather, the variation in intelligence between individuals) is under genetic control. That, however, is one implication of a paper about to be published in Intelligence by Rosalind Arden of King’s College, London, and her colleagues. Another is that brainy people are intrinsically healthier than those less intellectually endowed. And the third, a consequence of the second, is that intelligence is sexy. The most surprising thing of all, though, is that these results have emerged from an unrelated study of the quality of men’s sperm.

Ms Arden found 425 cases where samples had been collected and analysed from unvasectomised men who had managed to avoid spilling their seed during the collection process and had answered all the necessary questions for her to test her hypothesis, namely that their g values would correlate with all three measures of their sperm quality.

They did. Moreover, neither age nor any obvious confounding variable that might have been a consequence of intelligent decisions about health (obesity, smoking, drinking and drug use) had any effect on the result. Brainy men, it seems, do have better sperm.

By implication, therefore, they have fitter bodies over all, at least in the Darwinian sense of fitness, namely the ability to survive, to attract mates and to produce offspring. That is an important finding. Hitherto, biologists have tended to disaggregate the idea of fitness into a series of adaptations that are more or less independent of each other. This work adds to the idea of a general fitness factor, f, that is similar in concept to g—and of which g is one manifestation. To him that hath, in other words, shall be given. Unfortunately for the politically correct, Dr Miller’s hypothesis looks stronger by the day.

Dienekes links to the study. While the result has no direct bearing on Rushton's cross-racial claims (which stand or fall on their own merits), it seems to contradict the broader theoretical underpinning of Race, Evolution, and Behavior, proving that intelligence and reproductive potential need not be inversely related in humans (at least in men).