Here is an actual "Yankee" politician

Fred Upton appears to come close to having solid New England ancestry on both sides. There will be exceedingly few if any other serving House members about whom that can be said.

For example: of 8 current Massachusetts congressmen, 6 are Irish Catholics and one is a half-Irish Italian. The other is a woman with a French surname who was born in California and married a Greek. All are Democrats. Vermont: Irish Democrat. New Hampshire: one Irish Catholic and one woman with a Scottish-surnamed father and German-surnamed mother. Maine: a French Canadian and a Minnesota-born woman with Jewish husband. All of these are Democrats.

Upton is a Republican from Michigan.

Upton was born in St. Joseph, Michigan, the son of Elizabeth B. (née Vial) and Stephen Edward Upton. [. . .] Upton's grandfather, Frederick Upton, was co-founder of appliance manufacturer and marketer Whirlpool Corporation, which is headquartered in Benton Harbor. His wife’s name is Amey, and he has two children, Meg and Stephen.[41] Upton's niece is supermodel Kate Upton 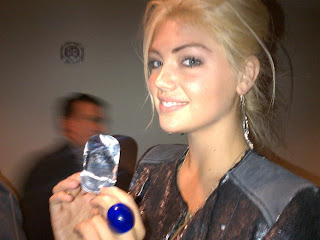 See below for his sure-to-be radically-leftist platform:

Healthcare Upton voted against passage of the Patient Protection and Affordable Care Act (PPACA) and has since voted in favor of its complete repeal [. . .]

Abortion Upton opposes abortion in most circumstances, voting to prohibit partial-birth abortion and supporting the interests of the National Right to Life Committee 75 percent in 2009. [. . .]

Gun control Upton does not support restrictions on the purchase and possession of guns in most circumstances, and in 2010 received "A" and "A-" ratings from the National Rifle Association and the Gun Owners of America, respectively. [. . .]

LGBT issues Upton believes that marriage should be defined as between one man and one woman. Upton voted to propose an amendment to the Constitution regarding the definition of marriage on July 18, 2006.[32] He received a 15% rating from the Human Rights Campaign on LGBT Rights in 2008.[33]

What factors do you believe animate the anti-white, anti-male, anti-national forces currently arrayed in the West then?

Groups compete. Individuals compete. People have varying interests. Some people are greedy and short-sighted. Some people are morally retarded ("Haidt has argued that liberals stress only three of the moral foundations (harm, fairness, and liberty) in their reasoning while conservatives stress all six more equally"). Minorities seeking concentrated gains can have greater motivation to act than majorities that bear comparatively diffuse costs.

What exactly is there to explain that you previously thought it would have made sense to lay before "Yankees" or "Puritans"?

What exactly is there to explain that you previously thought it would have made sense to lay before "Yankees" or "Puritans"?

Exactly. The question itself is silly. It assumes that the claim that the "Yankees", "Puritans", "WASPs", etc., comprise and "antimate the anti-white, anti-male, anti-national forces" is some sort of compelling hypothesis. It's not and never has been. It's just been mindlessly repeated by morons on the internet.

I find the alt-right spergs obsession with the Puritans and liberals being their descendents bizarre. This dogma is ignorant of basic religious & racial history of the United States. The Puritans were almost extinct breed by the 1740s. Most of the surviving Puritans lamented the fact that their religion had drastically declined in New England. Many of the former Puritans became very Pro- English and later Pro-British Angelicans. The former Puritans viewed the Angelican church as the primary Protestant bulwark against the Catholic Church. This is one of the reason why New England had so many Loyalists during the American Revolution.

Contray to this alt-right sperg belief, the former Puritans did not all become Unitarians or Transcendentalists. Those two groups did exist in New England, but much of New England was very British & Conservative. The region maintained its' ties with the old country for decades.

Also many former Puritans and their descendents were ethnic purists from the late 18th to the early 20th centuries. For example, a lot of New Englanders opposed the Louisana Purchase on the basis that it would involve the assimlation of French and Spanish ethnics in American culture. This was one of the catalyists for a brief secession movement in New England during 1803 led by Timothy Pickering.

Might add the abolitionists tended to be Methodists and Nothern Baptists. Both sects were not very popular among New Englanders. Most New Englanders stayed Espicopalians well into 19th century. Actually religious conversavitism that became popular in the Second Great Awakening was indebted to non-Calvinist Congretionalists and Espicopalians. American religious conversativism is more "Yankee" than American Liberalism.

Alt-right spergs' obsession about the Puritans seems to based on reading the book Albion's Seed. They have made it into a bible of American history. Albion's Seed when it was published was critized by historians for being too simple and lacking basic facts. I would say personally Fisher lacked a lot of knowledge about basic American religious history. For example not all the Calvinist Congretionalists or Puritans were from East Anglia.
Might add not all Congretionalists were Calvinists, something Jayman or Jaysperg does not know.

Jaysperg is one confused guy. Guess having a black sized brain and an Asian sized dick will mess a dude up. I would know since I am his favorite mudshark.

"I find the alt-right spergs obsession with the Puritans and liberals being their descendents bizarre."

"Alt-right spergs' obsession about the Puritans seems to based on reading the book Albion's Seed."

It's not that bizarre if you consider some of the major influences of the "alt-right". They include bloggers trying to deflect from more "ethnic" explanations for negative political and social developments (e.g., Mencius Moldbug and others) and conventional Continental anti-Americanism and anti-English/British attitudes. Both of these influences are characterized by ethnic motivations and verbose, literary, sophisticated sounding, sweeping assertions and sophistry that have little to do with the actual facts and rigorous argument.

Any books recommended to supplement "Albion's Seed", which I must admit still ranks highly in my estimation?

It had been my impression that all Protestants other than Anglicans/Episcopalians and Lutherans were Calvinist/Reform, but many consider Anabaptists to be a separate strand. What are the non-Calvinist Congregationalist sects?

See the problem with relying on small samples?

Howard Dean is not a "Yankee", no. He has some New England ancestry (along with Dutch, French, and Irish), but doesn't approach Upton's quantum of New England blood.

"See the problem with relying on small samples?"

You're the one asserting New England genes cause leftism. You're invited to do a comprehensive survey of the ancestries of serving politicians to see how well the facts back you up.