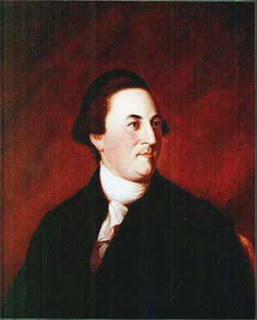 Was William Paca (a signer of the Declaration of Independence) of Italian descent, as claimed by many "Italian-Americans" and Italian-American organizations?

No; no good evidence points in that direction. To give you a sense of the "debate":


An interesting situation arose when one of the sponsors of the Paca House project called me and urged that in my genealogical research it would be helpful if I found that William Paca had an Italian ancestry. This was because a grant of $10,000 would have been forthcoming if that wre proved to be the case. I had found, however that Paca's grandfather, Aquila Peaker, from England, in leaving property to his heirs, used "Paca," and it is in that document where the transition from Peaker to Paca is demonstrated (South 1967j:8). The rumor that the name was Italian came from a remark made in 1911 by Cardinal James Gibbons of Baltimore, who commented that he thought a relationship existed between Paca and the Italian family Pecci (South 1967j: 7). I was not able to say William Paca was of Italian ancestry, disappointing some who had hoped otherwise.

All evidence suggests the immigrant Robert, a Quaker [1], was of normal English ancestry [2]:


…the suggestion that Robert Paca, the immigrant, was born in Italy or that his family had recently moved to England from that country cannot be substantiated and probably has no basis in fact.

But the National Italian American Foundation told me "[a] letter to the editor of the New York Times (July 18, 1937) by Paca's great, great, grandson should dispel any reservations as to Paca's ethnicity wherein he stated that some of his forbears named Pacci came from Italy."

Anyone who asserts that a 17th-century or earlier Italian origin for the Paca family can somehow be proven using an unsubstantiated 20th-century claim by a Paca descendant is throwing up a huge red flag that (a) he has no idea how good genealogical or historical research is conducted; and/or (b) he is probably less concerned with discovering the truth than with advancing a particular agenda. Myths concerning family origins are extremely common and frequently wrong.

In this case, it's easy to see how the myth may have arisen. In the 1937 letter, William S. Paca claims:


The ancestors of William Paca were of Italian and English origin. The name is said to have originally been spelled Pacci.

Giovanni Schiavo writes that he interviewed W.S. Paca (the letter writer) in 1937 and mentions (while arguing in favor of an Italian origin) [3]:


I think it was [W.S. Paca] who told me that it was Cardinal Gibbons of Baltimore to suggest the name Pecci . . .

As we saw earlier, Stanley South also attributes the existence of the rumour to "a remark made in 1911 by Cardinal James Gibbons of Baltimore, who commented that he thought a relationship existed between Paca and the Italian family Pecci". Probably not coincidentally, Pecci "was obviously the name of Pope Leo XIII (1879-1903) whom Mr. Paca mentioned during our conversations" [3]. Naturally, Cardinal Gibbons would have been well-aware of Leo XIII's name.


The surname of Robert Paca, the immigrant, was spelled in several ways in contemporary documents, including Peaker, Pecker, Peaca, Peca, [and Paka]

Not Pacci. Not Pecci. Nor any variant thereof. It's easy to imagine "Peaker" becoming "Paca" in the mouth of a non-rhotic speaker. It's quite difficult to imagine "Pacci" or "Pecci" (or even "Pacca") becoming "Peaker".

But Robert Paca named his son "Aquila"!!! "Aquila" is Italian. That has to prove it.

And Alexander Hamilton was Greek. And John Adams was Hebrew. Off the top of my head, I can immediately name a colonial American ancestor of mine named Acquila. Shockingly, he was not Italian. Aquila/Aquilla is hardly an unusual or surprising name in 18th-century British North America. (Of course, even if it were, it would hardly constitute strong evidence in the Italianist's favor--I've seen some genuinely strange names bestowed on children of purely English parents in C17/C18 America.)

Whether William Paca was of Italian descent or "Normal" English ancestry seems less important than the writer's apparent anti Italian-American leanings obvious in his zeal to disprove it.

Sorry, no. Truth is more important than your hurt feelings.

I think it's time for some DNA research into the matter if it can be done. RJB

So "Aquila" "is hardly an unusual or surprising name in 18th-century British North America"...? Please... This name, "Aquila", in conjunction with "Paca" DOES at very least constitute evidence for something unusual. Your comparison of "Aquila" with "Alexander Hamilton" and "John Adams" is kind of laughable and just explicits your bias.

So "Aquila" "is hardly an unusual or surprising name in 18th-century British North America"...?

This name, "Aquila", in conjunction with "Paca" DOES at very least constitute evidence for something unusual.

William Paca was of Italian descent.
His family originated from the Italian region of the Abruzzo, whose capital is the city of Aquila. They fled to England to escape religious intolerance; they were Protestant Waldensians.

The research did not use proper due diligence and is obviously proud of his ignorance.

"The research did not use proper due diligence and is obviously proud of his ignorance."

Everything your wrote is incorrect. Unless we read the above as a disclaimer on your comment.

Paca was Italian. Roberto Paca, William's grandfather, moved from province of L'Aquila in Abruzzo, Italy, to England to escape from religious intolerance. They were rich people. The came in America where William born. William Paca returned in Italy for some years and he studied in England too. Italians have been in different parts of the world leaving Culture and Professionality, the best lawyers in the world studied our Roman law. Italians are not only mafia and spaghetti that movies show but an amazing story you don't know. Study please.

Aquila was a name of L'Aquila city, at that time. Do you remember L'Aquila's earthquake in 2009, the place where Obama visited together Merkel etc... Yes, it exist. William Paca's origins are Italians. Sorry to give you such a pain. :-)